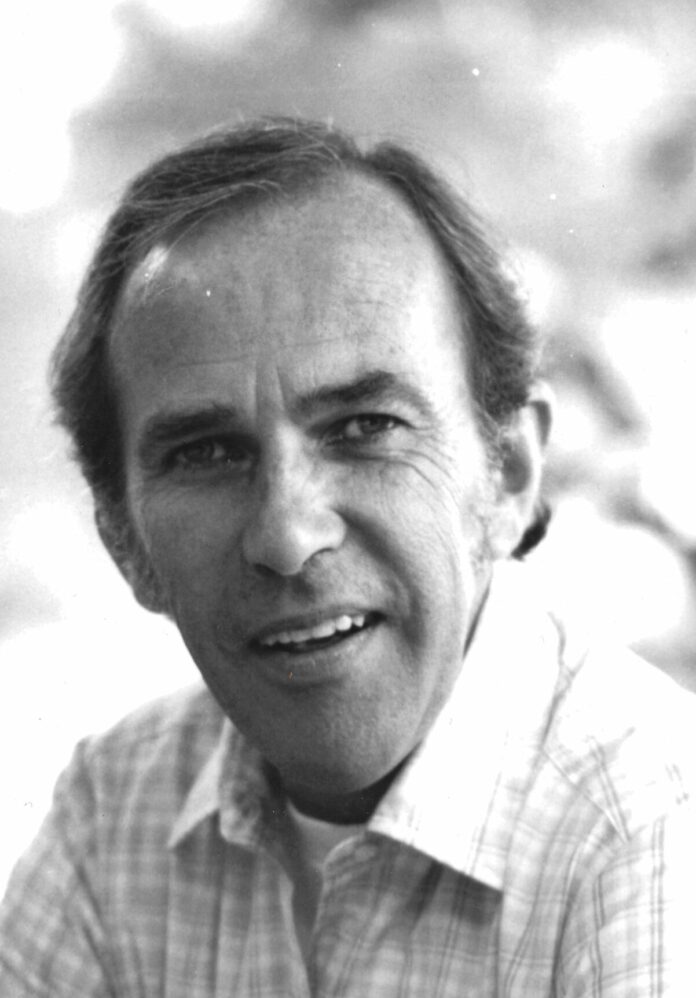 The 20th century provided the perfect atmosphere for James Lawrence Husband (“Larry”), who relished the progress of the age and its popular culture. Larry Husband died Feb. 27, 2022 at his home in Windsor, California at the age of 85.
Larry followed and enjoyed all forms of entertainment including radio and music, television, film and theater and he watched for the latest technical advancements. He was keen on recognizing the next “big thing” including the 1957 Ford Fairlane Convertible Retractable Hardtop or entertainers including The Beatles, Johnny Carson, Jack Nicholson and more recently Taylor Swift. He also took pride in owning the latest new gadgets and innovations including the answer machine, calculator and Kodak’s Super 8mm movie camera.
As a teen he saw several original Broadway musical productions performing in San Francisco (including “Brigadoon” and “South Pacific”) and became an ardent fan and supporter of musical theater. More recently he enjoyed seeing musical productions at the 6th Street Playhouse, The Raven Players and the Summer Rep Theatre Festival at Santa Rosa Junior College.
A native of San Francisco, Larry attended Archbishop Riordan High School, then transferred and graduated from Lowell High School where he excelled in football, track and tennis. After high school he worked for Safeway and the Belfast Beverage Company while earning his journeyman status as an electrician. He went on to join San Francisco’s electrician union (IBEW Local 6) and worked on various commercial projects and landmark buildings, including The Embarcadero Center.
He married his high school sweetheart, Diane, in the mid-1950s. The couple lived in San Francisco before buying a home in Sleepy Hollow, Marin County in the mid-1960s. Larry became involved in the Sleepy Hollow community – establishing and organizing events including the Miss Sleepy Hollow Contest, the Sleepy Hollow Track and Field Challenge and the Sleepy Hollow Treasure Hunt. He was also a member of the Sleepy Hollow Tennis Club.
In his early thirties, Larry decided to work towards earning a college degree in Recreation Management. He attended the College of Marin and later San Francisco State University. He worked for a time in recreation management in Fairfax and later as Recreation Director in Terra Linda before returning to employment as an electrician to work on BART.
Larry appreciated and enjoyed many things – including a Manhattan Up before a fine meal in Healdsburg, attending and supporting the various activities of his children and grandchildren, vacations (especially Disneyland and Caribbean cruises); musical theater, popular music, classic films, trivia, family history and Cherry Cordials.
Larry’s wife, Diane Husband, died in 1993. He is also predeceased by his father, James Leroy Husband; mother, Angel Husband; sister, Sandra Damarco, and his first grandchild, Katie Forsythe Mikel, who died in 2021. Larry is survived by four daughters, Kim Taylor (Daryle), Erin Hanson (Chris), Teri Farina (Carlo) and Toni Rapozo; two sons, Rick Husband (Marian), and Ken Husband (Joanna); eight grandchildren; one great-grandson; and several nieces and nephews.
Arrangements by Windsor Healdsburg Mortuary and Crematory in Windsor, Calif.