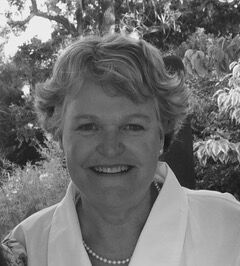 On a recent visit to Jon Wright’s Feed Store for chicken feed, I noticed that Jon still has a poster of his customer Joe Montana in his #16 Jersey on the back wall next to the wood burning stove in his office. It brought back the memory of Nicholas Montana, a boy in my fourth grade classroom, who, while reading the book “Ishi: Last of his Tribe” and learning about California botany and the native buckeye tree, asked, “Ms. Kelley, are you talking about conkers?  It was what his grandfather called the nut of the buckeye, and in my mind I saw children throwing them at each other in the Mayacamas Mountains. That led to a parallel motion picture where I envisioned children of the Pomo or Wappo people, or Ishi from his Yahi tribe, also collecting and throwing buckeye nuts at each other, in their time and in this place we now call California.

There are many varieties of buckeyes and horse chestnuts around the world, but the California Buckeye, Aesculus Californica, is endemic to our state — found only in this area. It is uniquely adapted to the dry summers of our climate, entering an early dormancy in July. To people who don’t understand the plant, they might think the tree is dying. My neighbor David Huebel, who is vineyard manager at Hafner Vineyard, observed that the timing of the need to irrigate new plantings often coincides with the beginning of the dormancy of the buckeyes on nearby Sausal Creek.
This time of year the buckeye leaves are an emerald green against the many other trees that remain in dormancy. It is one of the first native trees to leaf out, although the showy flowers of invasive Bradford pear, acacia and Scotch broom tend to be the attention gabbers this time of year. It was Feb. 4 that I first noticed the buckeye leaves appearing, and a friend stepped outside to look at the buckeye in our backyard.
“The leaves emerging look like a fingernail,” she remarked. It made me smile to be reminded of the many human-like qualities of the tree. When the palmately compound five leaflets (rarely seven) are fully open, they look like a human hand.
In late spring, the flower spikes fill the air with one of the loveliest fragrances of the season. Although the flowers are toxic to imported honey bees, many native bees and butterflies depend on this source for food. The Buckeye nut is edible, to humans, but it does not have commercial uses. Like the acorn, it requires a great deal of leaching to make it edible.
Everywhere you look in the fire scorched lands, the buckeye reemerges. Their roots stayed connected to the soil, the “conkers” sprout and germinate easily, and when we talk about replanting forests, we need to make sure we are allowing the plants that are native to the place to reestablish themselves. Edwin and Annette Wilson work with the Mountain Maidu people, not too far from where Ishi’s people lived. Edwin, a California forester and former fire researcher, has been working to encourage the practice of prescribed burning, which is among the practices that he and Annette described as Traditional Ecological Knowledge, or TEK. Native Americans have used burning for many centuries to manage their food, basketry and fabrication resources.
Mary Kelley is the former manager of the Healdsburg Farmers’ Market.  Please share stories of TEK at [email protected]

I tried making prune honey bread from an old recipe. The results were interesting.