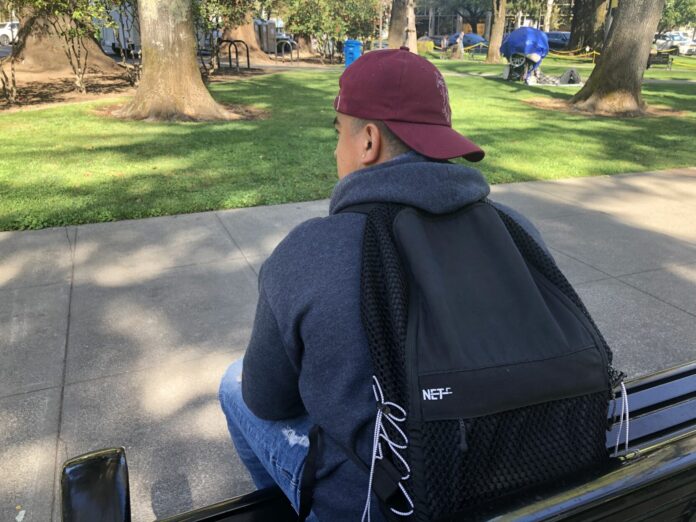 Subject’s name has been changed to protect his identity

Most 22-year-olds have not had the chance to become homeowners at their age, but Yair Martinez defied the odds and became one in his hometown Tijuana, Mexico. Martinez has been working in the United States every other six months and saved enough to buy a home in Tijuana where he goes to school. He plans on becoming an architect, but meanwhile he gets whatever gig is available on this side of the border and saves for his future.

He first came to the U.S when he was 15. His mother moved their family to Cloverdale, it was his first time being out of Mexico. “My experience was really nice because it was my first time getting out of the country. It was something new and I learned many things. I learned to appreciate friendships and to miss my friends in Tijuana. I also fell in love for the first time,” Martinez said in Spanish.

In the beginning, he did not miss Mexico, but as time went by he became somewhat homesick. “[I felt] what it feels like to miss your family, yeah, I was with my family here but not my cousins or uncles,” he said. Luckily, he made strong bonds and relationships while being a high school student in Cloverdale.

“When I arrived I was excited because everything was new. A month later I thought about going back. I think it is because my world changed but when it started to hurt I had met people and didn’t feel so alone,” Martinez said.

When he was off school during the summer he worked as a farmworker. Commonly known as “la uva” (“grape) in Spanish, Martinez would trim vines and repair irrigation lines in the vineyards. He worked five days a week, and the hours depended on the weather. He was paid $15.50 an hour. He was used to working because he worked in Mexico, but this was his first time working in the U.S

“Back home I would help people in the markets, I sold bread, simple jobs. I have always wanted to work and have my own money but my mom never asked me to. She thought I was stealing it, I think it just rose within me to start working and have my own,” he said.

He worked for two months in the vineyards, whatever he made was spent on leisure and shoes or clothes.

“It felt good because I wore it and it was my money, not my mother’s. If I scraped my shoes it would hurt me and I finally understood why she would get mad at me. I understood the meaning of items, and that it’s not easy,” he said.

He played soccer at Cloverdale High School. School was different for him because it was in English, but he felt more supported than before. “I felt like in Mexico they did not focus on people learning, and here if you have a concern or doubt they focus on resolving it,” he said.

Martinez knew a little bit of English when he arrived, but not much. He feels that going to school in the U.S. is more beneficial for him because he has seen students supported to achieve a college career.

After two years, as he was getting accustomed to his new life, he had to return to Mexico with his mom. He planned on graduating high school and going to college. He wanted to be a police officer or work for the FBI, but everything changed. Now, he is going to school to become an architect.

“Mexico is very corrupt, so I wouldn’t work in the government. Architecture appeals to me a lot but it would be harder to study it here I think,” he said.

Upon starting college in Mexico he realized he could go to school for six months and then have six months free. He planned on working and saving money, which motivated him to come back to the U.S. At 19, he came over using someone else’s social security number in order to get a better paying job. His first job was in San Francisco where his uncle worked picking up trash cans, and he began working.

“I liked it because they would move us. I went to Riverside, Los Angeles, Santa Monica and Santa Cruz. A lot of places,” he said.

After six months he went back to school in Tijuana, then he came back. He also worked in Oakland and San Jose.

After a while he got bored with his job, and decided to go to Washington State. He and his cousin met coworkers in San Francisco who told them about packaging blueberries in Washington. “We would pick for three months and work for two. My cousin did not last so I stayed by myself,” he said.

Martinez bought a car and traveled to Oregon where he worked with strawberries. He was working with the same colleagues from Washington. He said he doesn’t love to pick fruit, because it’s a dirty job. “I have been paid well, for me it has been worth it,” he said.

Martinez was in Oregon for a month. He was invited to work in marijuana growing, but he never felt comfortable. “I know it’s legal here but since it’s not in Mexico, it would have never made me feel comfortable,” he said.

When the pandemic began, Martinez had to start school online, but he did not like it so he decided to take a break. His mother decided to come back to Sonoma County and relocate to Healdsburg. When he comes to work, he stays with his family, but it’s not his first time in the area; when he lived in Cloverdale he took county transit and visited Healdsburg.

“I like the people here and how it’s very calm. I like the silence and it makes me feel tranquil and comfortable,” he said. “People are nice and kind and they focus on helping people,” he added. Martinez said people have never treated him badly in Sonoma County. Sometimes he looks for a job at the labor center in Healdsburg. Currently, he has a regular job but he looks for day gigs every now and then. He had the opportunity to work for a local boutique owner, and Martinez said the owner offered him a free shirt because he was so helpful.

Martinez said the only time he felt racism toward him was in Oakland, and it came from people of color.

In his experience, everywhere he has lived social classes are present. He says they are more present in Mexico. “In the U.S there is so much flexibility in having stuff if you look for it. In Mexico it is harder because they might steal from you or rob you, and it is harder to have a better life,” he said.

“I used to think it was funny that homeless people here are wearing Adidas or Nike. People donate that stuff here and help other people. You won’t see that in Mexico, they will resell them or something,” Martinez said.

He has considered staying in the U.S. but he said he would be afraid because of his legal status. “I would be scared to be reported and then have my life taken away. If I were to stay here, I would only do it if I had a resident card,” he said.

Martinez said that his perspective has changed by living in Cloverdale, his mind changed entirely. He had worked in Mexico before, but, “here what you make in a day, they make it in a week. That got me thinking that if I ever want to raise a family I would like to have enough to invest it back home,” he said.

Martinez has never considered robbing or earning money illicitly. He said it is because he values his life. “I have always told myself to not waste time – life and time cannot be bought, not even with millions. Health either, it cannot be bought,” he said.