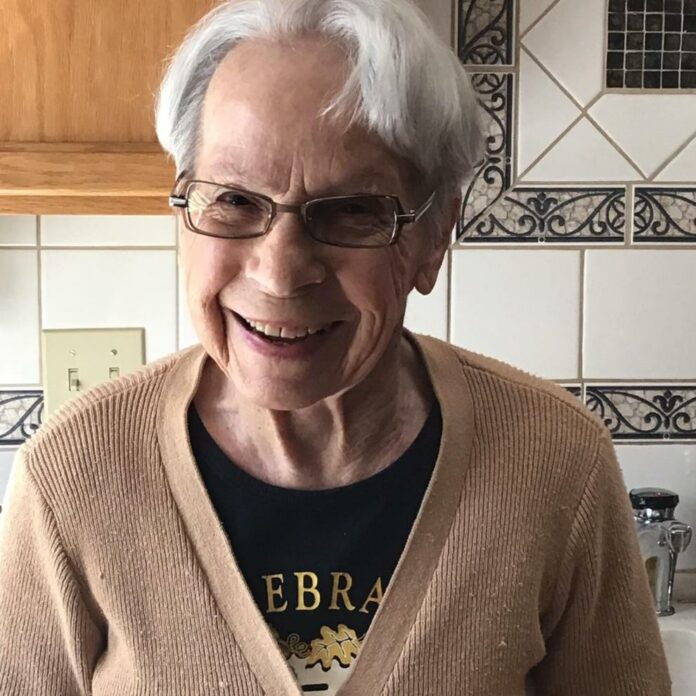 Beverly Jean Casazza passed away peacefully in her home on March 29, 2022, after a short time in hospice, surrounded by loving family. She was 92.

Beverly was born to William and Della Kernick on September 9, 1929, in San Mateo, California. She grew up in San Bruno and San Mateo until meeting the love of her life, Walter Casazza. The two were married on September 14, 1947, and stayed married for 72 years, until his passing in 2020.

With Walter, Beverly moved to Healdsburg in 1956 with their two children, Hal and Cathy, first on Pozzan Road then to Fitch Mountain in 1962 in the beautiful home they built where they would entertain friends and family for over six decades. She devoted herself to her family and to St. John’s Church and was a part of the De Colores ministries, which closely adheres to the Cursillo essence and purpose. She founded and established the Helping Hands ministry of St. John’s Church, which assists families in setting up, planning, and serving for funeral receptions, over 30 years ago.

A staunch advocate for civil rights, women’s rights, and LGBTQ+ rights, Beverly also remained physically active into her golden years with yoga, strength training classes and walking with her daughter and grandson Erik to maintain fitness and well–being and spent many years as a volunteer of the Healdsburg Senior Center, where she ran the front desk.

Visitation and viewing will take place at St. John’s Church at 208 Matheson Street in Healdsburg on Saturday, April 23, beginning at 9am with mass and services beginning at 11am. Reception to follow in the church hall at 12pm.