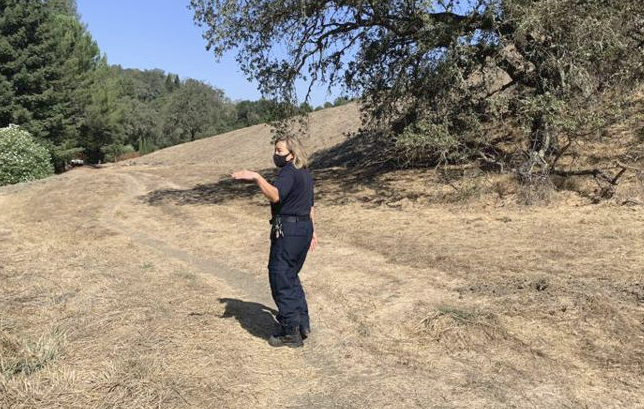 Healdsburg Fire Marshal-Division Chief Linda Collister to retire in May

Healdsburg Fire Marshal-Division Chief Linda Collister, a champion of fire prevention and preparedness, a well-respected figure in the community and a mainstay of the Healdsburg Fire Department, is set to retire this May after working with the department for 15 years.

“You have to have a passion for this job,” Collister said.

Over the years, Collister hasn’t just had a passion for the job, but a deeply rooted love for the community she has served, a love that is apparent in how she works in Healdsburg and the unincorporated areas of the city, which faced the Walbridge Fire in 2020 and close calls with other wildfires.

“As my number two in command for the last seven years, I couldn’t have asked for a more dedicated, hardworking, passionate person than Linda. Her passion for fire safety and for keeping residents in the community safe is unparalleled,” Healdsburg Fire Chief Jason Boaz said during the most recent Healdsburg City Council meeting.

Collister started at the fire department as fire marshal-division chief in August 2007.

One of her many accomplishments was unifying the Sonoma County fire code, meaning businesses would have the same fire code throughout the county. Collister also helped the city with sprinkler system installations at most businesses, schools, and affordable housing units.

She said even though fire prevention projects cost money, you know it could save lives if something tragic happens.

Over the years she’s also run the city’s weed abatement program, an annual program that’s conducted every spring by Collister who creates a list of all of the properties in city limits that require weed reduction work ahead of fire season.

The list of properties is then sent to the city council and the property is declared a nuisance and a date is set for a public hearing. Collister sends a letter to each property, explaining the nuisance and stating that they have 30 days to get rid of the weeds.

The weed abatement team then completes a follow-up inspection of all of the properties listed during the first week of June. The hearing is then held, followed by a second inspection.

“She’s really got that (the weed abatement program) fine-tuned and does an outstanding job every year. As the years have gone by, we find less and less problems with the weed abatement,” Boaz told SoCoNews in an interview.

One such incident in 2019 required Collister’s assistance. Sonoma County Hazmat Captain Patalano required assistance with identifying the contents of a suspicious 55-gallon drum that had been abandoned on Kinley Drive.

The team was able to test the substance and found that it had a pH of 0, the highest level of acidity on the pH scale. The department of toxics substance control was able to send a hazmat team to retrieve the drum and determined that no chemical spill had occurred.

“One of her crowning achievements is her relationship she has built with all of the COPE (Citizens Organized to Prepare for Emergencies) groups, Fitch Mountain COPE, Mill Creek COPE, she’s really been the point person for me in keeping all of those people in the loop on fire department activities, emergency response ect. She’s really been the kingpin in that. She really worked hard in building all of those relationships,” Boaz said.

COPE groups consist of a team of neighbors who work together and often collaborate with their local fire department on emergency preparedness and fire threat mitigation efforts for their own neighborhood.

In working with local COPEs Collister has been able to help groups with vegetation management, provide home hardening tips — such as creating a 30-foot fire fuel break around your home — and help with several other large projects such as goat grazing and fire road maintenance.

Collister has also worked with the COPE groups to host community talks on fire ecology and land management and on Fitch Mountain fuels management work.

Priscilla and Patrick Abercrombie are the leaders of the Fitch COPE group and as a team they’ve worked on fuels management, creating a CWPP and a neighbor network so folks can notify one another in the event of an evacuation warning or order.

“During an emergency people want information, so what we’ll do is send out information to the COPE leadership and the leadership can send it out to their groups which is an amazing dissemination of information,” Collister told SoCoNews in 2020.

This method of communication and fire preparedness proved to be effective during the recent Walbridge Fire which heavily impacted the Mill Creek area west of Healdsburg city limits. Through the Mill Creek COPE group’s neighbor network and experience practicing evacuations, Mill Creek residents were able to safely evacuate.

“The Mill Creek community is grateful for the years of service and support Chief Collister provided our area, both before, during and after the Walbridge Fire almost two years ago.  Linda helped us plan and prepare for wildfires, and when the Walbridge Fire occurred, she was right here personally driving in and assisting in the evacuation of those trapped in their remote forest homes without a vehicle,” said Mill Creek COPE Lead Dan Grout.

Boaz said since Collister is also the division chief, she responded as a chief officer during emergency incidents.

After the Walbridge Fire tore through the Mill Creek area — which burned as a crown fire hot and fast from tree to tree — Collister spent all day on Aug. 23, 2020 checking on homes behind the fire front, a tactical term called “fire front following.”

Now more than ever, Sonoma County youth are struggling with mental health