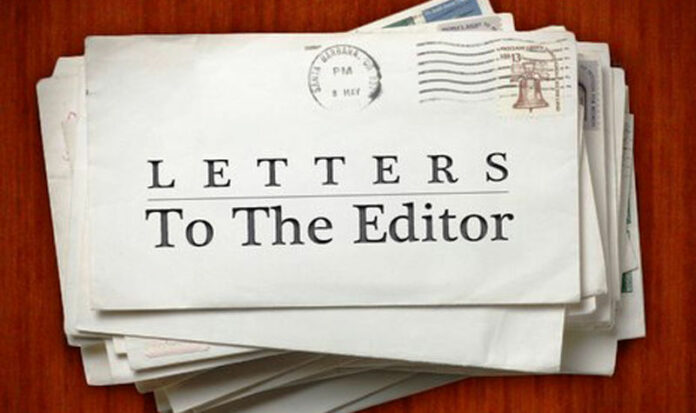 Salmon for mayor, election to fill his seat
Editor:
The council has dealt with council vacancies many times; this time, the decision takes on significant meaning as the town attempts to move beyond the debris from recent (ongoing?) scandals. The logic and process used to decide how to manage vacancies is an opportunity for town leaders.
We support the idea that the next mayor should be appointed from the current council. The experience and smooth transition of a current councilmember to lead a “young” council would be beneficial at this time. The most experienced are Councilmembers Debora Fudge and Sam Salmon, both of whom have had turns as mayor. But, councilmember Fudge was most recently elected by only her district whereas councilmember Salmon was last elected in an at-large contest, which is how the mayor is now selected. Sam Salmon is also the current vice-mayor. For these reasons, Salmon is the logical choice to be appointed mayor to fill the remainder of the term.
However, we oppose filling a subsequent councilmember vacancy by appointment; the council should call a special election. In past discussions of filling vacancies, the argument to appoint the next top vote getter was rejected. In this instance, the argument might be reasonable if the winner received a narrow margin over the next candidate. That is not the case here. Nearly half of all voters on May 4 agreed on one candidate and rejected all others. What’s more, all other candidates each had less (some far less) than 18% of the vote. To appoint from all other candidates in the May 4 election would mean excluding nearly half of the voters who turned out. This is far too many people to exclude from a selection process.
Cost is another reason often used to justify appointment over a special election; it should not be cited as a priority in this situation. In fact, rather than rely solely on a new cost estimate from the county, we suggest looking at actual (past) costs. Smaller special elections do not typically require excessive overtime which pushes overall costs higher. Also, cost estimates are typically provided as a range and are based, in part, on 100% turnout of registered voters—which is rare. May 4 turnout was less than 41%. Finally, when an election is held impacts costs; if lawful, a date could be sought that coincides with an existing election to decrease costs. There may be at least two upcoming opportunities to consolidate with another election.
As stated earlier, this is an opportunity for town leaders. There has been talk of needing a “healing event” in the town. Do not conflate issues: do not confuse disgust for our last mayor with anger over the hypocrisy in local town politics that also came to light when the scandal broke (e.g. why were the recent calls for official sanctions of the mayor not explored two years ago?).
Current frustration is with town leaders who appeared to set aside values of trust, integrity, and transparency, and proffered misleading statements of support to leverage endorsements that influence votes. We suggest what is needed is for town leadership to demonstrate actions that can instill trust in government again.
The issues that fueled debate and led to calls for a May 4 special election — prior to the revelations about the mayor — have not changed. Again, give the voters direct responsibility for choosing their council representative should a vacancy occur. Residents must be engaged in the selection process if they are to resume feeling trust and pride in the Town.
Stephen and Elizabeth Rios
Windsor
Editor’s note: The following letter was written in response to a commentary by editor Heather Bailey in our daily newsletters. If you’d like to get our daily newsletters, go here.
Not Hate Mail
I have great respect for you and what you do. I am probably more to the left than you are on gun control. Where I would like to take exception is the notion that our high and growing deaths from automobile incidents are more understandable and we need to have a tolerance level based on a justification of transportation.
The mass shooting to me is more like the person who uses their car as weapon and drives into a crowd with the intent to kill as many people as possible. The parents who drive to fast down my road on the way to (Cali Calmecac) are to me the same as those that leave an unlocked gun in the home. Those that blast past cyclists in clear violation of the law or weave in and out of traffic are the same as those who point their weapon at others to intimidate them.
Our society accepts traffic deaths and maiming as an inevitable result of our right to freedom of movement, just as we accept the death and suffering from firearms as necessary for self-protection.
Most drivers and most firearm owners are responsible. A growing number are not. Both systems to manage those who do not comply with reasonable rules are not only broken, but they are being systematically attacked and undermined to favor the minority. You are right we have a problem. Call it a problem with violence, the rule of law, greed, stupidity and apathy or just arrogant disdain for the common good it is a problem we allow to persist.
So please re-examine your view that traffic deaths are a necessary byproduct of transportation. If you want to do a deep dive on preventing traffic deaths try Vision Zero (https://visionzeronetwork.org/ ) a nationwide movement to change minds and save lives.
Wally Krutz
Windsor