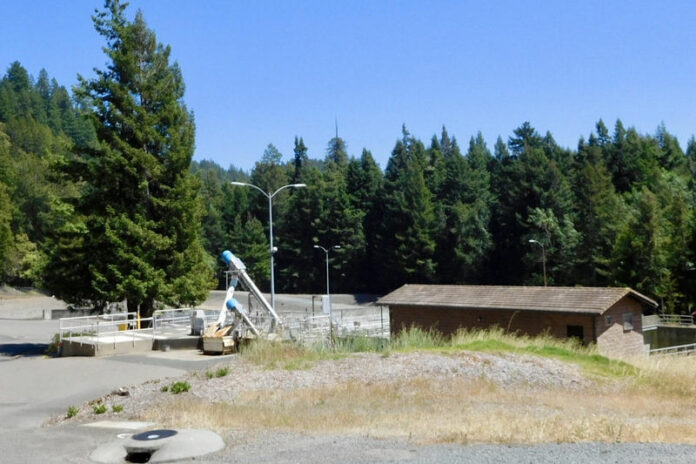 Property owners in Sonoma County sewer districts from Geyserville to Guerneville could face sewer pipe inspections and mandatory repairs under a proposed county sewer lateral ordinance under consideration.
The Sonoma County Water Agency will host community meetings in June and July to explain the proposed new lateral inspection plan and get public comment from residents in Geyserville, Larkfield-Wikiup, Guerneville, the town of Occidental and the Sea Ranch community.
“From research, we know that private sewers typically require repair after 20 or 30 years,” said Fourth District Sonoma County Supervisor James Gore, who is also a Water Agency director. “In several neighborhoods, field inspectors have reported excessive flows in the sewer system – an indication that storm water has entered the sewer and repairs are needed.”
Gore, in his role as a north county supervisor, also serves as a director to the Airport-Larkfield-Wikiup and Geyserville Sanitation Zones.
The ordinance would give the Water Agency the ability to inspect, and if necessary, require the repair of sewer laterals that are failing and contributing to pollution and sewer overflows, according to a recent Water Agency’s announcement.
“The Water Agency and its sanitation zones are committed to working with property owners to address this challenge together,” said Gore.
The proposed ordinance “would not include mandatory inspections or repairs at this time, but would allow the Water Agency to require repairs if faulty laterals are detected during their own scheduled inspections,” said the agency’s notice.
The ordinance covers five Sonoma County sanitation jurisdictions: the Geyserville and Airport-Larkfield-Wikiup sanitation zones, the Russian River County Sanitation District and the Occidental County Sanitation District and the Sea Ranch Sanitation Zone, all managed by the Water Agency.
The ordinance aims to reduce the “inflow and infiltration” process through which storm water enters the sewer collection system during storms, said the Water Agency. “During a heavy rain, storm water getting into the sewer system from cracked or improperly connected private laterals can overwhelm the sanitary system, resulting in sewer overflows. These overflows pollute creeks, and can damage private property and result in fines to the zone or district.”
Reducing inflow and infiltration “is an essential measure to protect our waterways and reduce risk to private property,” said Fifth District Sonoma County Supervisor and Water Agency Director Lynda Hopkins, who also serves as a sanitation district director for the five sewer districts. “The Water Agency is taking proactive steps to maintain the public infrastructure.”
The first meeting will address the Geyserville and Airport-Larkfield-Wikiup Sanitation Zones and is scheduled on Tuesday, June 19 from 6:30 to 8 p.m. at the Sonoma County Water Agency, 404 Aviation Boulevard in Santa Rosa.
The Russian River County Sanitation District and Occidental County Sanitation District meeting takes place on Tuesday, June 26, from 6:30 to 8 p.m. at the Monte Rio Community Center.
The Sea Ranch Sanitation Zone meeting is scheduled on Saturday, July 28, from 11 a.m. to 12:30 p.m. at Sea Ranch in the Del Mar Recreation  Center, 20600 Leeward Road.
The Water Agency anticipates that a proposed ordinance would go to the Board of Directors in fall of 2018 and, if approved, would take effect a year later, said Water Agency Public Information Officer Ann DuBay.
The effort to create a sewer lateral inspection program is part of a legal settlement stemming from lawsuits filed by California River Watch, the non-profit environmental watchdog group that files lawsuits accusing local government entities of noncompliance with state and federal anti-pollution laws.
Two years ago the Sonoma County Water Agency settled one River Watch lawsuit over alleged water quality violations at the Russian River Sanitation District. The settlement included $25,000 in legal fees and costs paid to River Watch and a requirement that the Water Agency develop a private sewer lateral ordinance for the district.
As a result of the River Watch litigation settlement, DuBay said, “We are systematically looking at sewer laterals and how they can be replaced so we don’t have as many overflows that we do in big storms. The idea is to replace sewer laterals that are failing.”
The Russian River Sanitation District that covers Guerneville went into service in the early 1980s so most of the sewer laterals are now reaching or have passed the 30-year benchmark for inspection and repair.
“We wouldn’t say categorically they all need repair,” said DuBay. “We definitely want to have them inspected.”
Inspections can be done by a licensed plumber using cameras that examine the interior of the lateral pipe. Estimates indicate the typical cost would run around $200 and up, said DuBay.