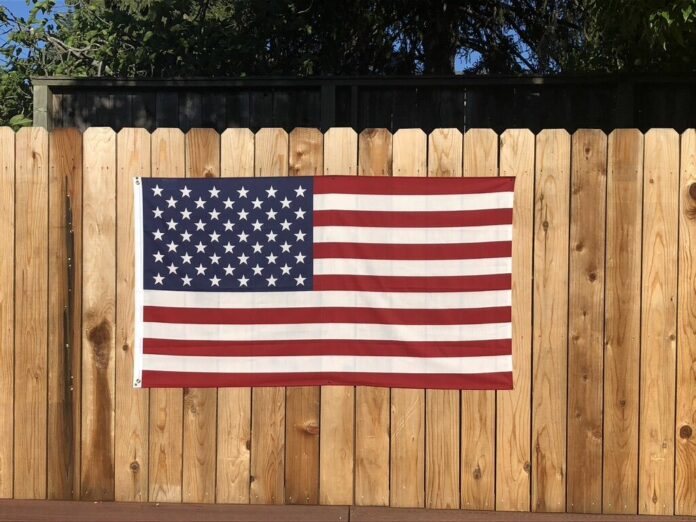 This Week in H’burg: Fourth of July

This Week in H’burg is a weekly column featuring photos and fun facts from local photographer Pierre Ratté. Each week we’ll feature a new photo from Ratté along with a fact about the subject matter of the photo.
July Fourth, Independence Day. Picnics, parades, barbecues, family gatherings, flag flying, and fireworks. A day of celebrating a country born like non-other. The Fourth of July commemorates our country’s declaration of independence from the rule of King George III. Thomas Jefferson, and a Committee of Five, wrote the Declaration of Independence after the Continental Congress voted its separation from Britain in order to explain why they felt compelled to create a new sovereign nation. The declaration begins: When in the course of human events it becomes necessary for one people to dissolve the political bands of association which have connected them with another … a decent respect to the opinions of mankind requires that they should declare the causes which impel them to the separation. It continues, more famously with their explanation, saying: We hold these truths to be self-evident, that all men are created equal, that they are endowed by their creator with certain unalienable rights, that among these are life, liberty and the pursuit of happiness. The reasons for redress are then listed. And so, a group of people birthed a government “of the people, by the people, for the people” as Abraham Lincoln phrased it. On this day of our nation’s founding, on this week in Sonoma County, we wish you a happy Fourth of July.
Fun facts: The Continental Congress voted to declare independence from Britain on July 2, 1776, it was not publicly declared until July 4th; the official document that is in our National Archives was produced on July 19th; there are 27 grievances listed; there are 56 signatories; signers were subject to the worst death if captured – hung, drawn and quartered; the signers pledged to each other “their lives, their fortunes, and their sacred honor;” 14 of 56 died in the war, 12 had their homes, businesses and properties destroyed, 1 lived in forests and caves for over a year to return home finding his wife dead and 13 children vanished; the intention of the Declaration of Independence was to create equal rights for every person, as such it became, and is, a standard of human rights.
Pierre Ratté posts a daily picture on Instagram, Facebook and TodayinHburg.com. He can be reached at [email protected]. His book “100 Days Sheltering-In-Place” can be purchased at Levin’s and Copperfield’s bookstores, TodayinHburg.com or Amazon.com.