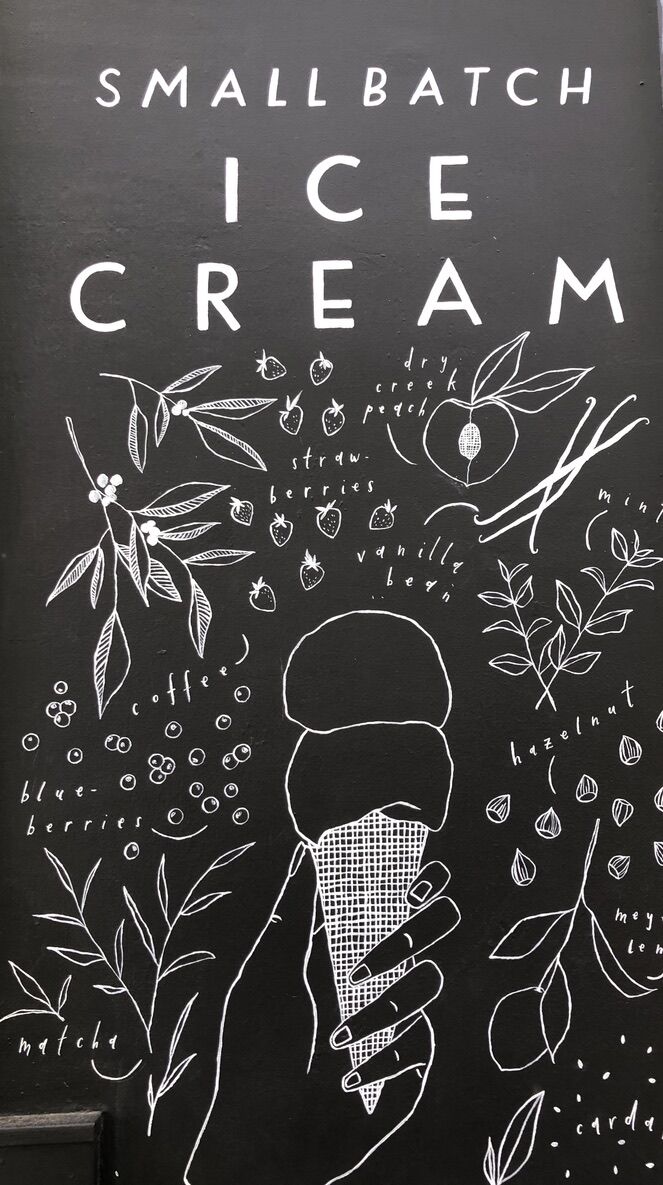 This Week in H’burg: Ice cream

This Week in H’burg is a weekly column featuring photos and fun facts from local photographer Pierre Ratté. Each week we’ll feature a new photo from Ratté along with a fact about the subject matter of the photo.
It’s been hot lately! And on a hot summer day, an ice cream treat is extra special. Frozen desserts have an interesting history. The earliest references come from Greek and Roman culture, where Alexander the Great (356 – 323 BC) and Nero Claudius Caesar (37 – 68 AD) reportedly sent runners to the mountains for snow, which was flavored with lemon and honey. Over 1,000 years later, Marco Polo (1254 – 1324) is said to have returned from China with a recipe similar to sherbet. Sorbet recipes, entered Italian cuisine about the same time, come from Moslem influences. Catherine de Medici’s marriage to Henry II of France in 1553, brought Italian cooks and “cream ice” to France. One hundred years later, in 1686, a Sicilian chef named Francesco Procopio Cùto, opened the legendary Café Procopo serving ‘gelato’ – Café Procopo is the oldest café in Paris. Three years later, the Comédie-Française Theater opened its doors across the street. Hence began centuries of artists, actors, and intellectuals gathering in this café, which included Americans Thomas Jefferson, Benjamin Franklin and others. President George Washington spent $200 on ice cream during the summer 1790 – approximately $6,000 in today’s money. By the late 1800’s, ice cream making was well underway. In America, soda fountains, the ice cream soda, and the job of ‘soda jerk’ emerged. Ice cream sodas were particularly popular on Sundays, thus we have ice cream sundaes, which was an ice cream soda sans soda. By the 1940’s, Americans consumed 20 pounds of ice cream per person per year; today we consume 23.
Fun facts: sorbet has no milk; Italian ice has no milk, but has a grainier texture due to differences in sugar to fruit ratios; sherbet has some milk (1-2% butterfat) but not enough to be called ice cream (14-25% butterfat); gelato is similar to ice cream but churned at a slower rate, incorporating less air, making a denser and richer confection; soft-serve is a kind of ice cream, but it contains less butter fat (3-10%); another difference is ice cream has air introduced by churning and then is left to freeze, while in soft-serve air is churned during the freezing process making a smoother and creamier texture; frozen custard is like soft-serve but contains egg yolks.
Pierre Ratté posts a daily picture on Instagram, Facebook and TodayinHburg.com. He can be reached at [email protected]. His book “100 Days Sheltering-In-Place” can be purchased at Levin’s and Copperfield’s bookstores, TodayinHburg.com or Amazon.com.