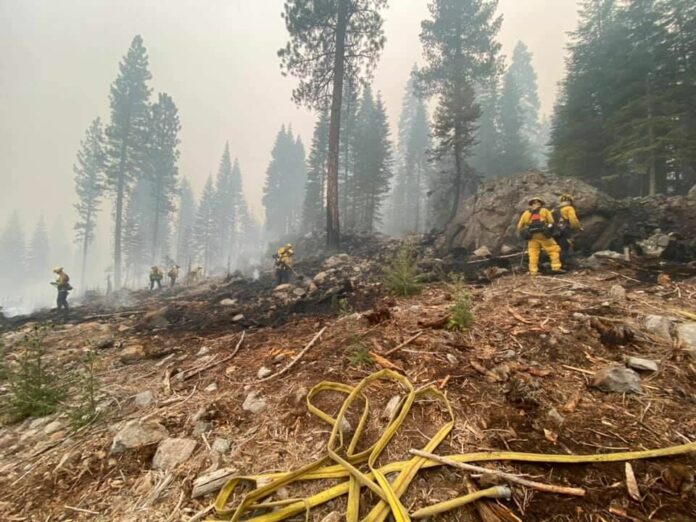 “It is hard to break down specifically what the medical calls were for,” said Healdsburg Fire Chief Jason Boaz. “I can tell you there were a few citizens that required a little extra assistance from the fire department last year during hard times where they called multiple times a week.”

Boaz provided the annual report to the Healdsburg City Council on April 18.

According to Boaz, COVID related calls in 2021 remained steady with no large increase or decrease.

Fires are actually a small percentage of what the department responds to.

Fire related calls are on a small downtick, compared to the previous year, and accounted for 4.31% of all calls for service in 2021.

“We still have a lot of unknowns as the year progresses and we’ll see what fire season brings,” Boaz said.

In terms of what days are the busiest for the fire department, he said they are busy every day of the week contrary to the belief that they receive the most calls on the weekends when tourists arrive and the population swells. Boaz said Wednesdays and Fridays have typically been their busiest days.

The department continues to share Battalion Six coverage — which includes everything from the Windsor border to the Mendocino County line and out towards the coast and everything towards Calistoga — with the Northern Sonoma County Fire District and the Cloverdale Fire District.

The department did help out during the Dixie Fire and the Tamarack Fire and were with each incident for over 28 days.

“When we do send resources out of the city all of those costs are reimbursed… We’re reimbursed for staff, engines, equipment and for any tools that are either broken or lost and current staffing levels at the city are always maintained when we send out resources,” Boaz said.

The fire department also has a contract with the County of Sonoma to cover unincorporated areas of Healdsburg such as the Dry Creek Valley-Sotoyome area — which encompasses the Mill Creek area and Westside Road — and Fitch Mountain.

The Dry Creek-Sotoyome area had 163 calls in 2021, a significant downtick from previous years. Boaz said he believes the decrease in calls has to do with the fact that many people lost  their homes in the Walbridge Fire, which devastated the Mill Creek area in 2020. Almost all of the homes from the 6100 block of Mill Creek Road to the end of the road were lost.

During the presentation, Boaz showed a historical map of all of the major wildfires in the Northern Sonoma County Fire District since the year 2000.

“It really shows you the fire problem we have in north county over the last 22 years. The biggest fires were in 2019 and 2020 with the Kincade Fire and the Walbridge fire, which essentially burned around the City of Healdsburg,” Boaz said adding, “There’s really not a lot to the east of us that hasn’t burned in the last 10 to 15 years.”

In looking at fire safety inspections in 2021, 295 fire prevention construction inspections were completed. There were 13 school/day care inspections and 107 apartment, hotel and motel inspections.

In a few weeks, the fire department will be rolling out a new ladder fire truck in a few weeks. The ladder is 107-feet long and the truck has a 500-gallon tank. The truck will arrive in time to be showcased in the Future Farmers of America Twilight parade in May.

The Montage fire substation, which is being developed in conjunction with the Montage housing project and the North Village project,  is scheduled to go into the construction phase next year with about a 14-month build time.

The station will not be staffed 24/7, but it will be used when needed such as during Red Flag warnings or high fire danger. The station will have a large training area and conference room, offices, a kitchen, a small day room and restrooms.

He said it will be a big benefit to the community, especially during periods of upstaffing (calling in extra personnel and prepositioning strike teams on high fire danger days), and having the substation will decrease response times when it is staffed.

The fire department and the city will also soon be embarking on the creation of a community wildfire prevention plan (CWPP), a detailed document that measures wildfire risks specific to an area and identifies ways to mitigate that risk in a comprehensive plan.

The city council voted to fund the development of a CWPP in February. The aim is to complete the plan by September. In part, funding for the project is $60,000 from May, 2021 PG&E settlement funds.

Requirements of developing a plan include engaging stakeholders and facilitating collaboration, identifying and prioritizing areas for fuel reduction work and addressing structural ignitability, according to Boaz.

“I am truly amazed of the level of detail and work that the fire department is doing,” Healdsburg Mayor Ozzy Jimenez said following the presentation.

“Your department gives us a great sense of pride in this community and this city in the work that you guys do and the quality and the level of professionalism that it’s delivered with,” Kelley said.