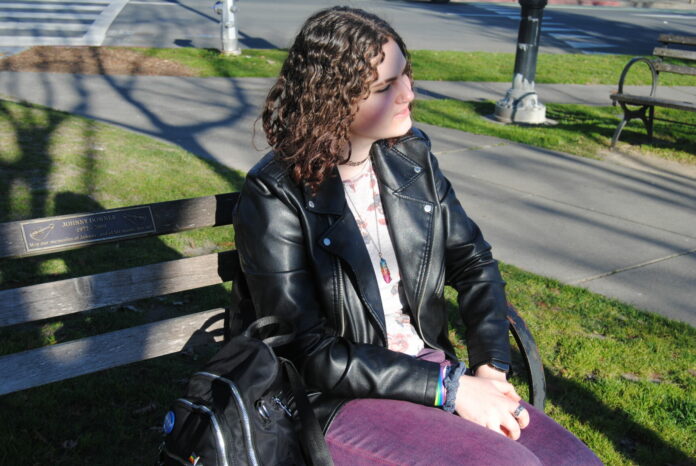 Editor’s note: Over the next week, SoCoNews will be publishing articles written between January and February as part of a special series on mental health in Sonoma County.

Through programs geared toward helping support more bilingual, bicultural mental health professionals and by working to bring lower cost mental health care to areas throughout the county, multiple nonprofits are working to help improve accessibility to services for some of Sonoma County’s most underserved populations.

It is no secret the Latinx community in Sonoma County has been one of the most affected when it comes to mental health. From battling a pandemic, farm working and multiple fires, the need for it is there.

“If we’re looking at the Latinx community, there are obvious cultural stigmas around mental health that are even, more deeply specific to this particular culture. Then if you add in a layer of youth that don’t identify strictly as male or female, I kind of see those as layering upon layering. And then you have the individual underneath all of that pressure. They could very well feel like they are navigating the world by themselves and in silence,” said SOS Community Counseling Executive Director Rebecca Ennis.

For Ennis, having to navigate the world with that kind of pressure can be heartbreaking which is why her agency is open to inclusiveness.

Sayra Lopez, 17, from Cloverdale, has been attending SOS Community Counseling for a while. Lopez has found it extremely benecifial for her mental health.

“I could say, it’s changed my life so much,” Lopez said.

However, she is now a different person thanks to the counseling she has received.

“I would like to say that they’ve helped me so much to the point where I actually feel like I have a worth of being on Earth, they’ve taught me that. There’s a reason why I’m on Earth,” Lopez said.

“I honestly can’t recall the last time I’ve gotten mad, talking about my days almost every day, having someone to talk to it just like changes” she said.

Overall, the Latinx community is in dire need of mental health. But the increasing need demonstrates a need for more Latinx people in the mental health industry. Kim Bender, executive director of Healthcare Foundation Northern Sonoma County, spoke about the nonprofit’s Mental Health Talent Pipeline Project,  a program geared toward helping bridge the gap in bilingual and bicultural mental health professionals in the region.

The pilot program was launched in 2008 and recruited students attending or wanting to attend mental health graduate programs. The initial program gives scholarships to programs at the University of San Francisco Santa Rosa campus, MST program, and the marriage and family therapy program led by Daniela Dominguez, founder from On The Margins.

Students also received signing bonuses when they accepted jobs in the area and then a retention bonus after two years.

“I wanted to continue that program which was funded by visionary donors. What I learned in talking to the students is that the scholarships were essential to their ability to do the program. However, they were still emerging with tremendous debt. Now the program offers full tuition scholarships, in partnership with USF, which are over $30,000 a year. The Healthcare Foundation pays one third of the cost of tuition and the university pays the other two thirds. We were also successful this year in getting traineeships for two students. Our goal is to increase that offer for when the next cohort graduates in 2023 and those students begin their traineeships,” Bender said.

“The wildfires, floods and the pandemic, have been particularly difficult for immigrants and people who are low income and nonnative English speakers struggling to support their families in our area. Providing mental health services in people’s own language with providers who understand the culture is vitally important to the success of a therapy relationship. The Mental Health Talent Pipeline Program addresses the severe shortage of bilingual, bicultural providers, and the need for providers who live here and understand the particular needs of this community,” she said.
Bender stressed mental health needs are exacerbated by poverty, which is why their focus as a foundation is on eliminating health inequities in the area.
“That involves providing more services to people who have fewer resources,” she said.
Another goal is to destigmatize the need for mental health services, and she encourages other organizations to support students pursuing mental health careers as well as prioritizing jobs for bicultural and bilingual professionals throughout the medical field, and especially in the mental health field.
“It’s culturally challenging for many people to ask for help, but I think that is changing,” Bender said.
La Familia Sana in Cloverdale has been actively working to help cover the need for mental health in their area. The nonprofit’s mental health program, which serves residents of Cloverdale, has become so successful it began to have a waitlist.

Because of COVID-19 and the social isolation it can bring, Weymouth said there is a dire need and services had to be expanded to an additional five to six months depending on caseload.

“It was nice to have some advocates in the community step up and say, ‘We see that this is important, we see that there’s a gap in services,’ and to have this city financially back a program like this, I think is pretty groundbreaking,” she said about the collaboration with the City of Cloverdale and other local organizations.

“It’s hard because mental health is a long game. You know, it’s not just ‘in a year you see positive outcomes’ — it’s a long game. I think, ultimately what we’re seeing and what we’re hearing from folks is that one, it feels so good to be able to sit down and talk with somebody about challenges that they’re experiencing and receive new tools and new skills. Folks are also being more aware. Folks that didn’t feel like it was okay to talk about feelings and emotions or having more conversations around that,” she said.

La Familia Sana offers free counseling and therapy through their program which has become essentially beneficial for applicants.